A Visit to the Hockey Hall of Fame 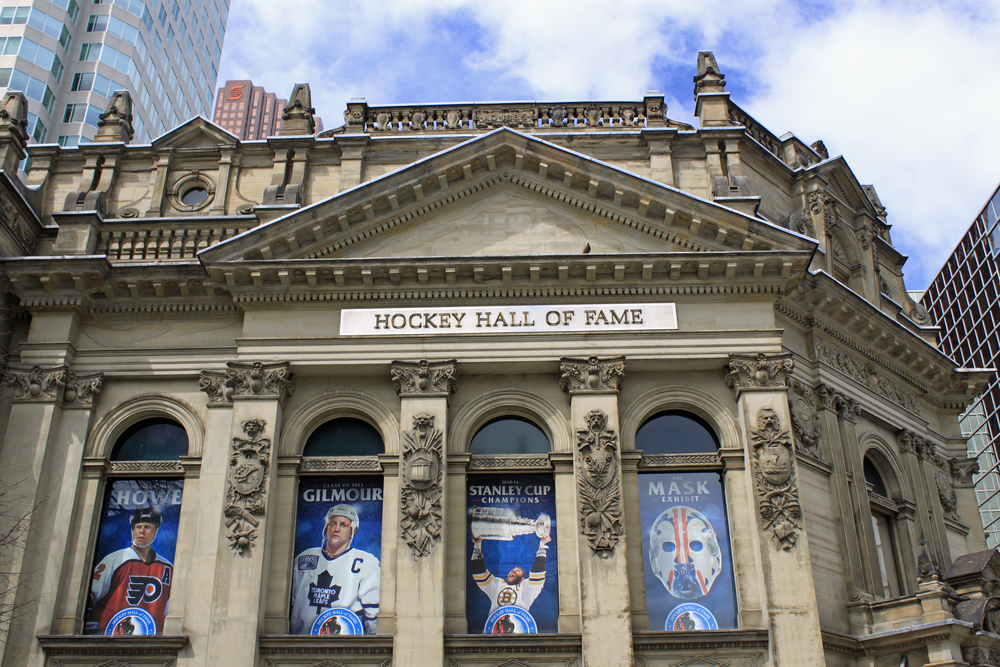 Located in Toronto, Canada, the Hockey Hall of Fame is not just a hall of fame, but also a fascinating museum dedicated to the history of ice hockey. Believed to have originated in Canada, as well as being the national winter sport of the country, ice hockey has always held an important significance in the heart of Canadians, and visiting the Hockey Hall of Fame will give you a new appreciation for the impact that this sport has had on Canada.

Honda NHL Zone
Spread out across 6000 square feet, the Honda NHL Zone features a range of multi-million dollar exhibits, with one of the highlights being NHL Today. This display showcases the most popular stars of the NHL today, as well as featuring various artifacts that depict different storylines from events that have occurred over the years.

Canadiens Dressing Room
The Canadiens Dressing Room is a to-scale replica of the renowned dressing room in the Montreal Forum, and not only features rosters of every team and player that have been inducted into the Hockey Hall of Fame, but also some of the different equipment that has been used over the years. Here, visitors will be able to see how ice hockey equipment has evolved over the years, from the increasing size of goalie gear to the decreasing weight of protective clothing.

TSN Theatre
For those visiting the Hockey Hall of Fame, staying to watch the 22-minute groundbreaking original film at the TSN Theatre is an absolute must. Titled Stanley’s Game Seven, this 3D film tells a unique story about pursuing the Stanley Cup, which is considered to be the most iconic trophy in ice hockey. Featuring a mix of live action and 3D animation, this is a thrilling film that will provide you with a new insight into the sport.

Tissot World of Hockey Zone
The largest dedicated exhibit zone within the Hockey Hall of Fame, the Tissot World of Hockey Zone is a one-of-a-kind tribute to international hockey, featuring everything from memorable artifacts to exhibit materials from all of the 74 IIHF countries, highlighting nearly 200 international players. One of the popular exhibits here is the Top 100 Moments in International Hockey, which includes a mention of the 1980 Miracle on the Ice.

Located in the heart of downtown Toronto, the Hockey Hall of Fame is a short walk away from many of the city’s top attractions, such as the CN Tower, the Air Canada Centre, and the Eaton Centre, making it extremely easy to access. Whether you are new to the sport and want to know more about its importance in Canada, or are an ice hockey buff that is seeking in-depth knowledge on the history of the game, the Hockey Hall of Fame is a must-visit for those interested in learning more about a significant part of Ontario’s heritage.