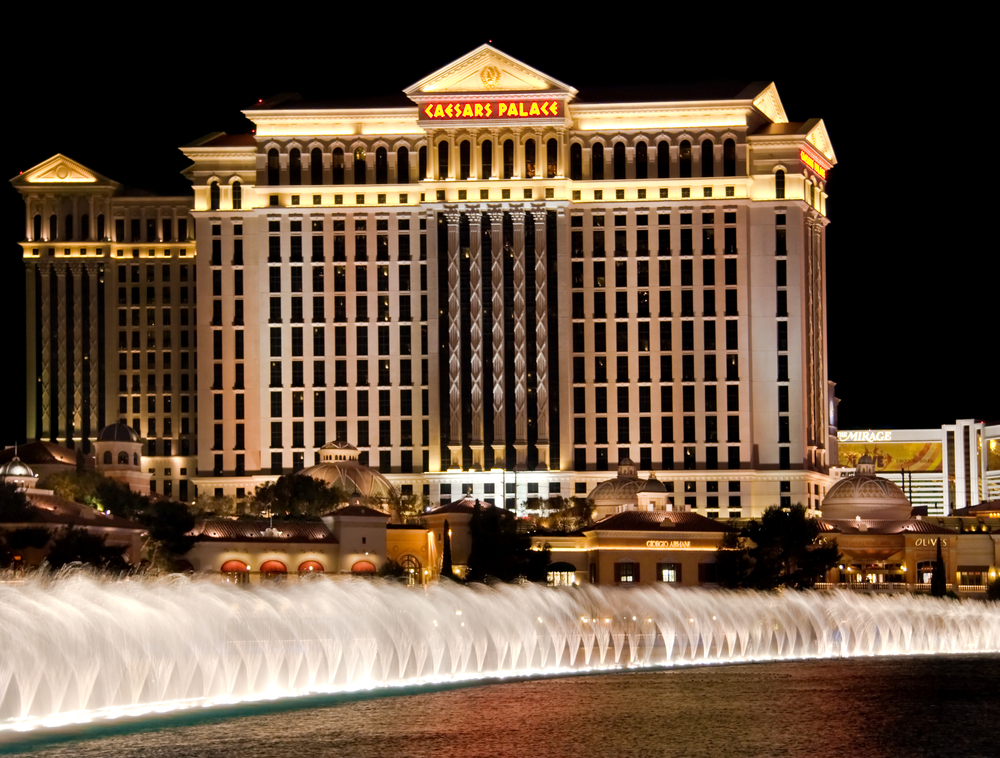 Known as the Entertainment Capital of the World, Las Vegas is home to a dazzling array of shows, with one of the more popular ones being Absinthe. Housed in a white tent in front of Caesar’s Palace, Absinthe first premiered in 2006, and became a permanent Vegas feature in 2011. The show is considered to be like nothing else that Las Vegas has to offer, mixing elements of burlesque, comedy and variety shows to create a one-of-a-kind contemporary circus.

Entering the Tent
From the outside, there is no arguing that Absinthe’s tent looks quite bland, but this is only down to building regulations and codes, and once you actually enter the pavilion, you are greeted with a regal bar, and lavish décor. Most of the action takes place on a 9-foot circular stage, with the audience seats located around this, with even the seats furthest away from the stage providing a fantastic view, making it feel as though you are right in the middle of all of the excitement. Drinks are available throughout the show, with the full bar at the back of the tent serving up beverages.

Main Characters
There are three main characters in Absinthe that act as hosts and ringleaders, helping to drive the show forward. The foul-mouthed Gazillionaire is the first character, whose absurd style of dressing perfectly matches his personality. The Gazillionaire’s commentary and interaction with the audience is uninhibited, and while he often crosses the line, the laughs from the audience show that his style is much appreciated. The Gazillionaire’s assistant is Penny Pibbets, and the two of them perform incredible acrobatic acts together, just a few feet away from audience members. The sex element of the show is brought in by the “Green Fairy”, otherwise known as sensual retro singer Melody Sweets, who entertains the audience with a burlesque-style striptease.

Highlights of the Show
The show features a range of diverse acts, but there are most certainly some that stand out and will stick in your mind long after the show has ended. Some of the acts vary depending on the night, but one of the main highlights are the tightrope walkers that perform keg stands, as well as the topless tap dancer performing a number in a giant bubble. The strongmen who perform one-of-a-kind moves are always awe-inspiring, and the explicit sock puppet show performed by Penny never fails to raise roaring laughs from the audience.

Once the show has ended, the exit opens up into the beer garden at Caesar’s Palace, enabling visitors to extend their Absinthe-fuelled fun if they wish. Absinthe has been hailed as one of the most daring and innovative shows to make its way to the Las Vegas Strip, winning a number of different awards and accolades, and will continue to run throughout 2016. Each show is 90 minutes long, promising a thrilling and inspiring experience that you will never forget. Since this is a show that contains so many different elements, Absinthe is the show to see if you are only going to be catching one show in Vegas, as you will be able to enjoy burlesque, circus acts and R-rated comedy all at the same time.