The largest mosque in Bahrain, and one of the largest in the world, the Al-Fateh Grand Mosque, which can be found in Manama, measures more than 6500 square meters, giving it the capacity to hold up to 7000 people at one time. Built in 1987, the Al-Fateh Mosque is not only home to the largest fiberglass dome in the world, but also to the National Library, which is where you will find several ancient books that have played significant roles in Bahrain’s history. 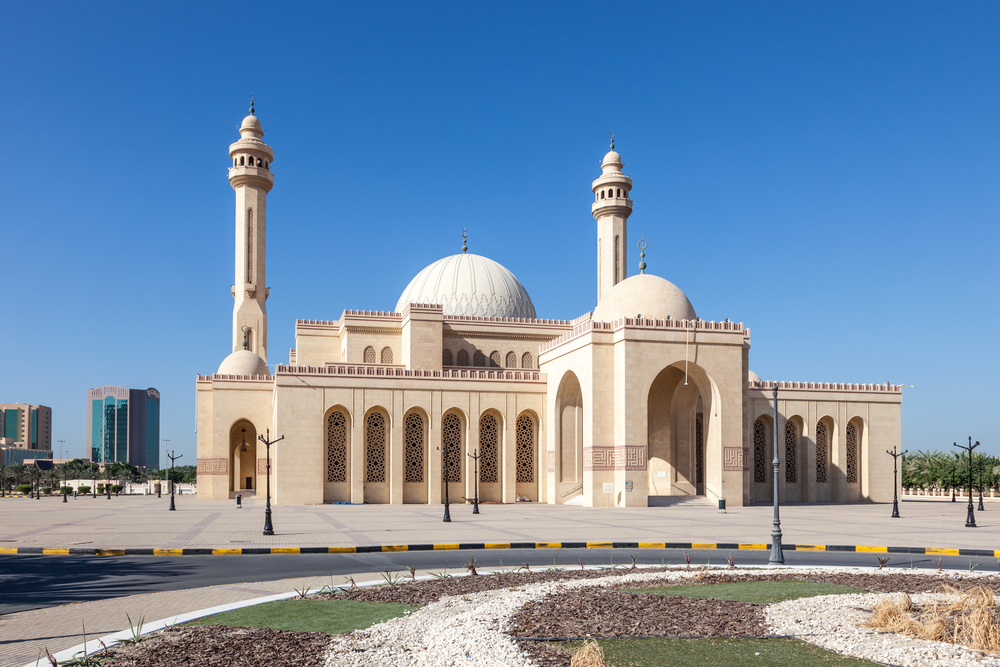 Al-Fateh Mosque Architecture
As elaborate as some of the mosque’s architecture may be, its main stand-out feature is its massive fiberglass dome, which is famous for being the largest in the world and weighs over 60 tons. The dome contains 12 Iranian stained glass windows that are inscribed with Arabic, and, hanging from the center of the dome is a large Austrian chandelier, featuring hand-blown glass lamps that were made in France. As you can tell, the mosque makes use of materials from all over the world, boasting everything Italian marble to Austrian glass to Scottish carpets to Indian teak windows and doors which were carved by local craftsmen. The interior walls of the mosque are also well worth checking out in closer detail, as they feature an ancient style of calligraphy, known as Kufic, throughout the structure.

National Library of Bahrain
Located in the Al-Fateh Mosque since 2006, the National Library of Bahrain has a collection of around 7000 books, with many of them being over 100 years old. From the religious books of Hadith to the Global Arabic Encyclopedia to historic journals, each of the items that you will find here has been extremely significant to Bahrain’s history. The library is also the point from which the guided tours of the mosque begin, so all visitors will be able to have the opportunity to explore this section. 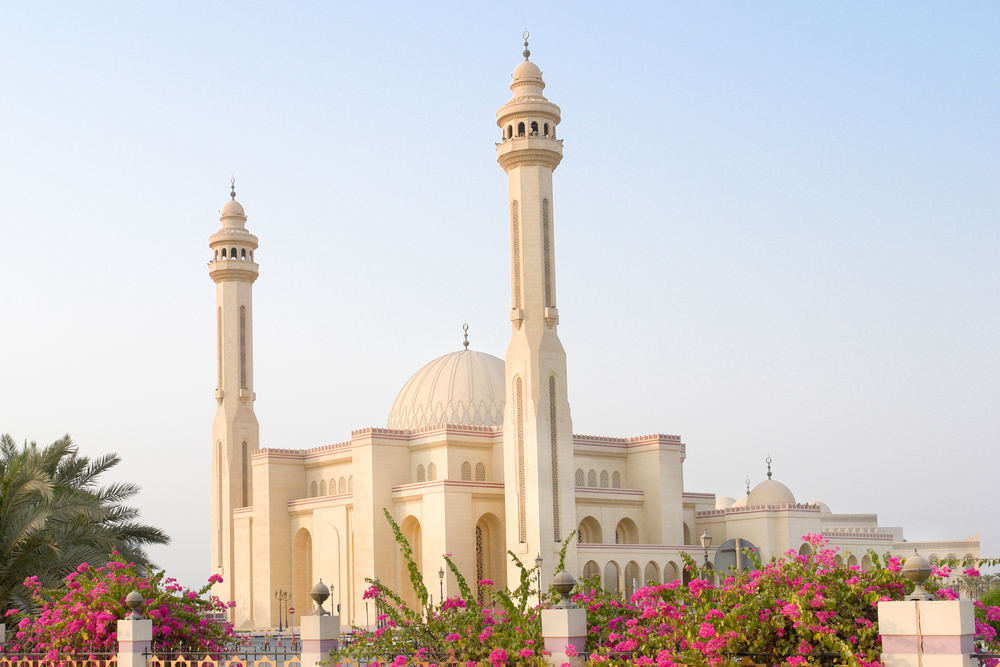 Guided Tour
In addition to taking visitors around the mosque and pointing out significant parts of its interior, the guided tour also educates visitors on the Islamic prayer process. From describing the customs before, during and after each prayer, to explaining what some of the prayers mean, the guided tour is definitely informative, and is a great way for visitors to learn more about this impressive place of worship in depth.

Dress Code
Being a place of worship, there are strict dress codes in place for visitors to the Al-Fateh Mosque. Shorts are prohibited for both genders, and, upon arrival, women will be given a black cloak and headscarf to wear to the prayer hall. Dressing modestly is a must, not only so that you will be allowed to enter the mosque, but also as a show of respect to local culture and traditions.

Being one of the largest mosques in the world, it is not surprising that the Al-Fateh Grand Mosque is usually the first one that tourists choose to visit. From its incredible architecture to its intricate interior to the historic National Library of Bahrain, a visit to this mosque will not only teach you more about the nation’s religion, but also provide you with unique insights into its history.