Otherwise known as the Entertainment Capital of the World, Las Vegas is famous for its live entertainment, and with the incredible diversity of shows available, there really is something for everyone.

O by Cirque du Soleil, Bellagio
Cirque du Soleil is a world-famous production company that offers eight independently unique shows in Vegas, from the Michael Jackson ONE to the Mystére. However, it is their O show that is the most impressive, making use of 85 performers and 150 stagehands, as well as a 1.5 million gallon pool. This aquatic-themed show performs awe-inspiring stunts, such as high dives from 60 feet and synchronized swimming. The show makes use of a multitude of special effects, creative costumes and lively soundtracks to wow its audience, with world-class acrobats putting on their best performances both above and below the water.

Absinthe, Caesar’s Palace
If you are looking for a wild and raunchy acro-cabaret show that is synonymous with Las Vegas, Absinthe is the one to attend. The show features a variety of different acts, from old-school burlesque to outrageous comedy to unbelievable gravity-defying acrobatic stunts, and it is definitely one that you would not want to bring your children to. The show is staged in a colorful faux tent in the Roman Plaza that is just a few steps away from the entrance of Caesar’s Palace, and while its location may be quite intimate, there is nothing quite like being able to watch a performance such as this just a few feet away from your seat. 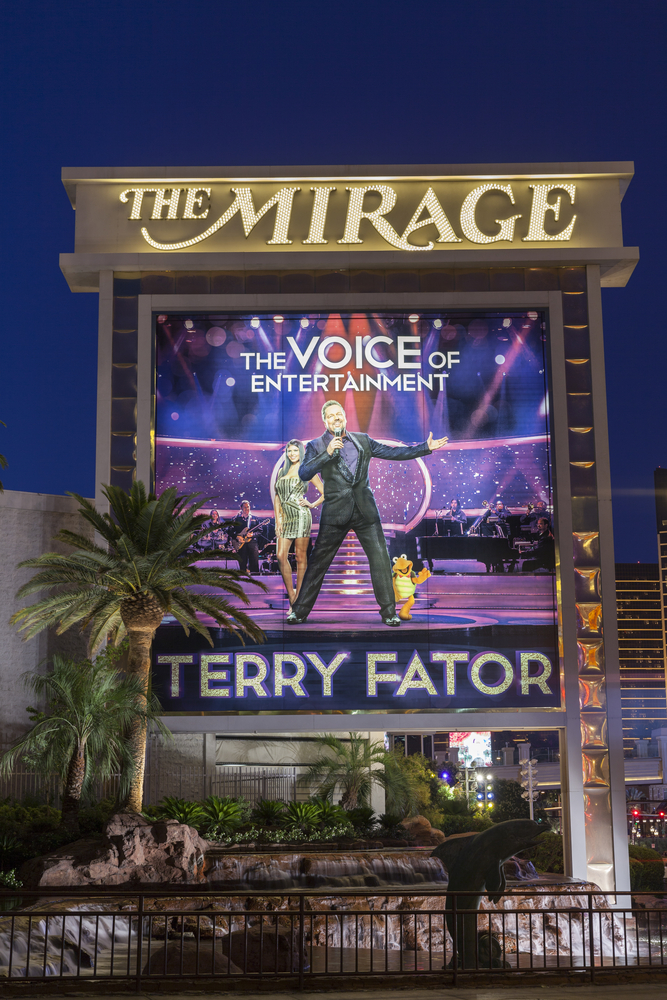 Terry Fator, The Mirage
Terry Fator is known for being the best ventriloquist in Vegas, and shot to fame in 2007 after winning America’s Got Talent. The show can be viewed at the Terry Fator Theatre at the Mirage, where Fator entertains the audience with musical performances in the voices of famous entertainers, as well as hilarious celebrity impressions. Fator is a puppeteer, and has a fantastic line-up of puppet co-stars that he makes the most of. For those of you in Vegas with the family, this is a great show to keep the children entertained, while the adults will be able to appreciate the subtle adult humour that the younger kids won’t quite understand.

David Copperfield, MGM Grand
Considered to be one of the greatest illusionists of all time, the David Copperfield show at the MGM Grand is one that many visitors will not want to miss. Copperfield has made a name for himself over the years with some of the stunts that he has carried out, such as levitating over the Grand Canyon to making the Statue of Liberty disappear, and he is now putting on a show featuring a new array of mind-dazzling acts that fans will go crazy for. From impossible escapes to on-the-spot levitations, audience participation is always encouraged at Copperfield’s shows, and, rather than using over-the-top production elements, it is a refreshing change to attend a show where the magic is able to speak for itself.

More than 70% of visitors to Vegas make the time to take in a show while they are there, and while there are most definitely shows that boast cheesy acts and flashy rhinestones, the shows listed above each focus on quality and substance, and will provide you with some unforgettable entertainment.