The waterfront area of Boston is a dynamic part of the city, with so many different sights and activities to see and do. From taking a walk along the Boston Harborwalk to visiting the New England Aquarium, these are some of the most popular activities in and around Boston‘s waterfront.

Boston Harborwalk
A walkway that stretches out for almost 40 miles, the Boston Harborwalk meanders around the city’s coastline, connecting up with many other trails along the way. Passing by everything from public art exhibits to lush green parks to sandy beaches, taking a walk along this trail will give you the opportunity to see some of Boston’s natural, cultural and artistic offerings.

New England Aquarium
The New England Aquarium has always been a popular attraction, with its most impressive feature being its Giant Ocean Tank. In 2012, this tank underwent a major upgrade, and while it used to house 800 animals, the new tank has the capacity for almost double that. With the clearest of glass and a colorful array of sea life surrounding you, it is quite easy to lose yourself in this one exhibit for quite a while. Another popular feature at the New England Aquarium is its Penguinology exhibit, which allows visitors to delve deep into the secret world of penguins.

Boston Harbor Islands
There are 34 different Boston Harbor Islands to choose from, each providing quite the different experience. To access the islands, visitors must board a ferry from Long Wharf, which will take them to either Georges or Spectacle Island, the former of which is home to a fort that dates back to the Civil War era, and the latter of which boasts some incredible hiking trails. From these two islands, visitors can then catch a smaller boat to explore the other islands, from Lovell to Grape to Bumpkin. It is worth researching each of the islands in detail beforehand, so that you can plan your trip according to the islands that appeal to you the most. 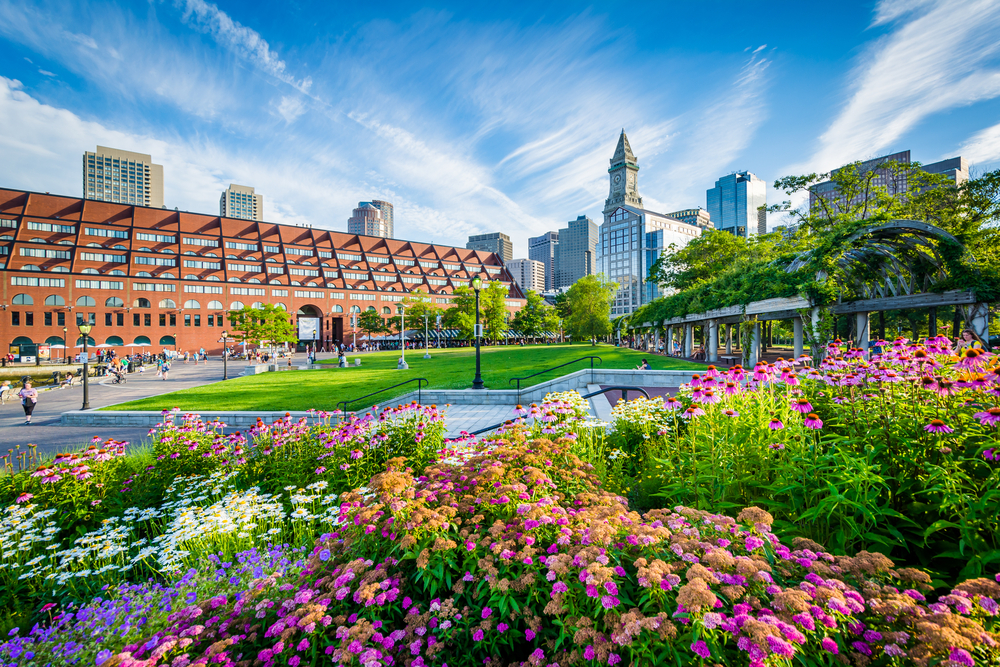 Christopher Columbus Waterfront Park
The very first waterfront park in the city, Boston’s Christopher Columbus Park opened in 1976, and is a great place to enjoy a leisurely stroll on a sunny day. With beautifully landscaped gardens and panoramic views of the water, this park is a tranquil spot of green amidst the busy city.

Food Trucks
The Greenway Mobile Eats program has been incredibly successful in introducing a wide range of foods trucks to the city of Boston. On any given day, you are likely to be able to find at least a few parked up along the waterfront, giving you the opportunity to sample some delicious and innovative cuisine. From the mouthwatering Vietnamese sandwiches at Bon Me to the ever-popular Bacon Truck, Boston’s waterfront is able to offer a one-of-a-kind culinary experience.

Boston’s waterfront is always a lively area, and there is plenty here to keep you busy. Whether you head off on a day trip to explore the Boston Harbor Islands, or take a relaxing stroll along the Boston Harborwalk, stopping off at food trucks along the way, you will never be short of activities to do around Boston’s beautiful waterfront.