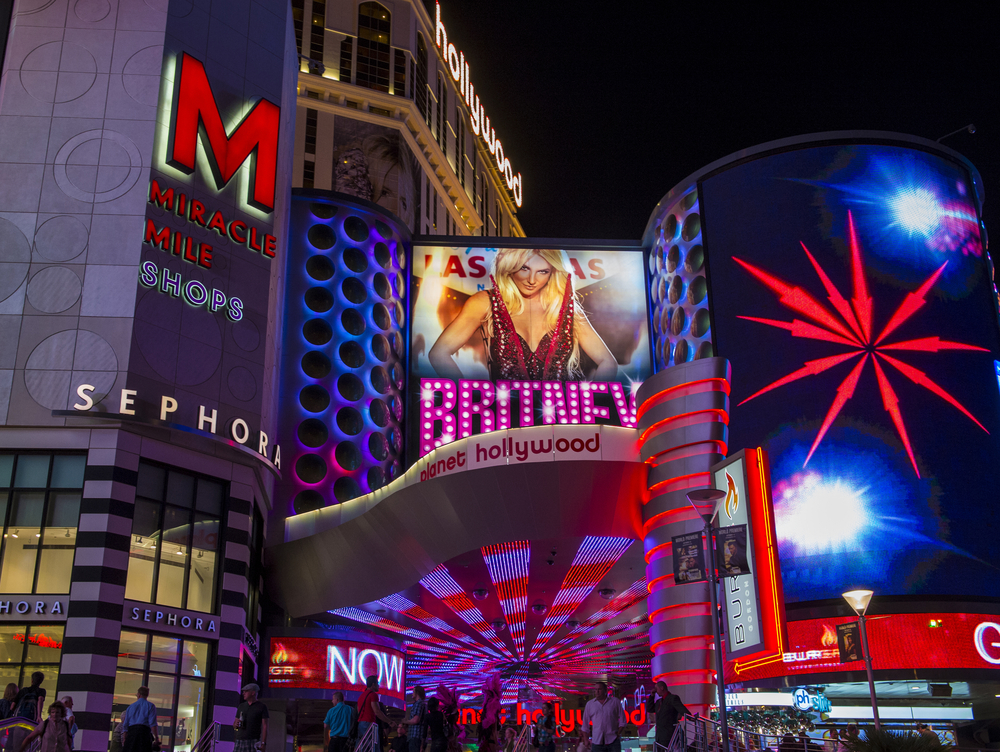 Britney: Piece of Me is the first residency show for American pop singer Britney Spears, and ever since its premier in December 2013, the show has been a huge success, with Britney recently extending her contract through to the end of 2017. In honor of this, Britney decided to revamp her performance in February, giving her fans something a little different and making her show bigger, brighter and even more iconic than before.

Popular Numbers
It goes without saying that Britney: Piece of Me features a number of Britney’s most popular numbers, with “Work Bitch” being the song that kicks off the show. Next up come “Womanizer”, “Everytime”, “…Baby One More Time” and “Oops!…I Did It Again”, followed by “Me Against the Music” and many other fan-favorite tracks.

New Additions to the Show
Following the recent revamp of Britney: Piece of Me, there are some new additions that have been incorporated into the show, in particular, the numbers that Britney found herself being most requested for. An incredibly fun addition to Britney’s set is “I Love Rock ‘n’ Roll” and “Touch of My Hand”, while one that Britney herself is extremely excited about is “Breathe on Me” and the sexy vibe that it brings. There are three Missy Elliott tracks that also surprise the audience during the show, to which Britney and her crew let loose and break dance to. Those who saw the previous version of the show will also notice plenty of new and exciting choreography, many parts designed for the audience to enjoy dancing along to, as well as the use of lasers, which may seem insignificant but truly add a whole new element to the show.

Show Highlights
Britney’s opening sequence is most definitely one of the highlights of the show, as Britney emerging from a suspended metal cage starts the show off with such a fantastic bang. The star’s performance of “Circus” is also fun, and replicates the exact look and choreography from the song’s original music video, and there is no doubt about the fact that Britney singing her heart out while surrounded by a circle of fire fits perfectly in with Vegas. The show ends with “Till the World Ends”, with Britney dancing along the catwalk before entering back into her metal accompanied by a remix of the track that brings in elements from “Work Bitch”, the song that started the show.

Located at the Planet Hollywood Resort and Casino in Las Vegas, Britney: Piece of Me lasts for approximately ninety minutes, and the show schedule, as well as ticket information, can be found online. There is no denying that Britney: Piece of Me has changed the pop music dynamic on the Las Vegas Strip, with her residency single-handedly bringing even more pop acts to Vegas, from Mariah Carey to Jennifer Lopez to Lionel Ritchie. With over twenty different popular Britney songs being performed during the show, Britney: Piece of Me is definitely a must-see for any Britney fans heading to Vegas.