Enjoy a Concert with the Talented Mormon Tabernacle Choir 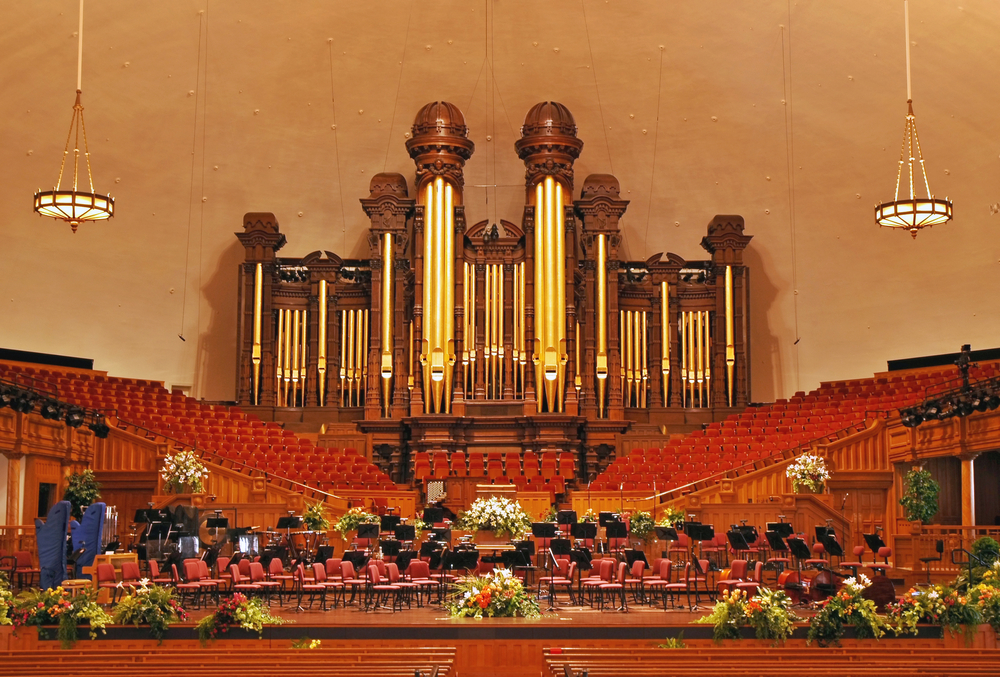 Often colloquially referred to as the Tab Choir, or MoTab for short, the Mormon Tabernacle Choir was first founded in 1847, one month after the Mormon pioneers arrived at the Salt Lake Valley. The choir consists of 360 members, all of whom are volunteers, and, over the years, they have definitely earned themselves quite the musical reputation.

Organ Recitals
For those who only have a short amount of time to spare but still want to catch a quick concert, the Mormon Tabernacle Choir hold their Organ Recital sessions every day, at noon on Mondays to Saturdays and 2pm on Sundays. These mini concerts last for thirty minutes each, and feature Tabernacle organists as well as guest organists.

Music and the Spoken Word
The Mormon Tabernacle Choir have always strived to reach as wide an audience as possible, which is why, in 1929, they started broadcasting Music and the Spoken Word on the radio. The program has been quite the phenomenon, as it is now the longest continuous broadcast on air, and has even been entered into the National Association of Broadcasters Hall of Fame, as well as the National Radio Hall of Fame. In its early days, the broadcast featured just one announcer with a microphone, and a signal that was transmitted to 30 stations, but, today, the broadcast can be heard all over the world thanks to the internet. The broadcast is made even more impressive due to the 85-piece orchestra that accompanies it each week, providing instrumental support. For those who want to catch a live broadcast first hand, this can be easily done on Sunday mornings, with free admission for the thirty minute broadcast.

Choir Rehearsals
The Mormon Tabernacle Choir rehearses regularly, and they open their rehearsals to the public every Thursday night. These rehearsals last for two hours, from 7:30pm to 9:30pm, and are free to attend. There is also a special rehearsal on Sunday mornings, which then culminates with the broadcasting of Music and the Spoken Word.

Temple Square
After catching a concert, it would be well worth spending some time exploring everything else that Temple Square has to offer. From the Church of Jesus Christ of Latter Day Saints to the Family History Library to the mouthwatering array of restaurants, Temple Square will no doubt fill your day with education and entertainment.

The Mormon Tabernacle Choir has been around for more than a century, and has performed all over the world, at everything from US president inaugurations to television shows. The choir has always been dedicated to providing a sense of joy, peace and healing to its audience, and will continue to do this for years to come. If you are hoping to catch a concert or a special event, do check out the choir’s website for specific dates and more details.