Island Hopping Around the Bacuit Archipelago

One of Asia‘s hidden gems, the Bacuit Archipelago, in El Nido, Palawan, consists of 45 limestone outcrops surrounded by white sand beaches, coral reefs, and crystalline waters. Palawan is frequently voted as the best and most beautiful island in the world, and the Bacuit Archipelago is considered to be its crown jewel. The best way to explore its rugged, untouched beauty is by taking an island hopping tour, where you will be able to visit some of the different islands, beaches and lagoons in this tropical paradise. While there are different tour operators to choose from, there are four main tour routes that everybody uses, making it easier to plan your day of island hopping. 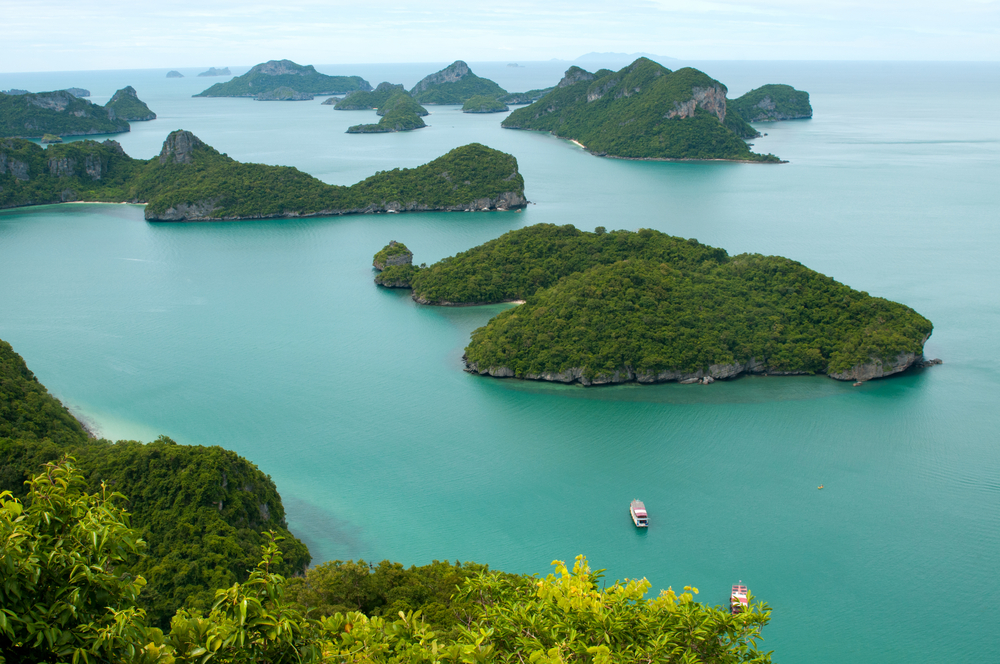 Tour A
Along with Tour C, Tour A is the most popular island hopping tour of the Bacuit Archipelago, as it takes visitors to three of the most stunning lagoons located around Miniloc Island. Whether you want to snorkel or swim, you will be able to see Small Lagoon, Big Lagoon and Secret Lagoon, all of which boast clear water and hundreds of varieties of fish. The tour rounds up with a visit to Shimizu Island, where you can either continue to snorkel or relax on the white sandy beach, before stopping for a drink at the bar on 7 Commando Beach.

Tour B
While Tour A focused on lagoons, Tour B is all about variety, beginning with a visit to Vigan Island, with its famous snake-like sand bar, giving you the opportunity to take a walk along the middle of the sea. Next up is Pinagbuyutan Island, which was formed over 125 million years ago, before heading to Entalula Beach, which is packed with tropical vegetation. Finally, there will be a visit to the Cudugnon Caves, an important archaeological site where artifacts dating back to the Sung Dynasty have been discovered.

Tour C
Tour C begins at Dilumacad Island, otherwise known as Helicopter Island due to its shape. It then continues on to Matinloc Shrine, which is said to be haunted, and is followed by lunch on the beach. After this, the tour moves on to Secret Beach, Star Beach, and Hidden Beach, all of which are renowned for being some of the most tranquil beaches in the archipelago.

Tour D
Tour D highlights more of the stunning beaches on the islands of the Bacuit Archipelago, beginning at Ipil Beach and then continuing on to Cadlao Island, the largest in the archipelago, before stopping off at the Cadlao Lagoon. Paradise Beach is the next stop, from where you will be able to enjoy spectacular views of El Nido town, after which you will be taken to three more beautiful islands and their most famous beaches; Pasandigan Beach, Natnat Beach, and Bukal Beach.

Palawan enjoys hot weather throughout the year, making this a fantastic year-round destination to visit. While taking an organized island hopping tour is the most convenient way to explore the best of the Bacuit archipelago, you also have the option of arranging for a private boat to take you to the specific islands that you want to see.