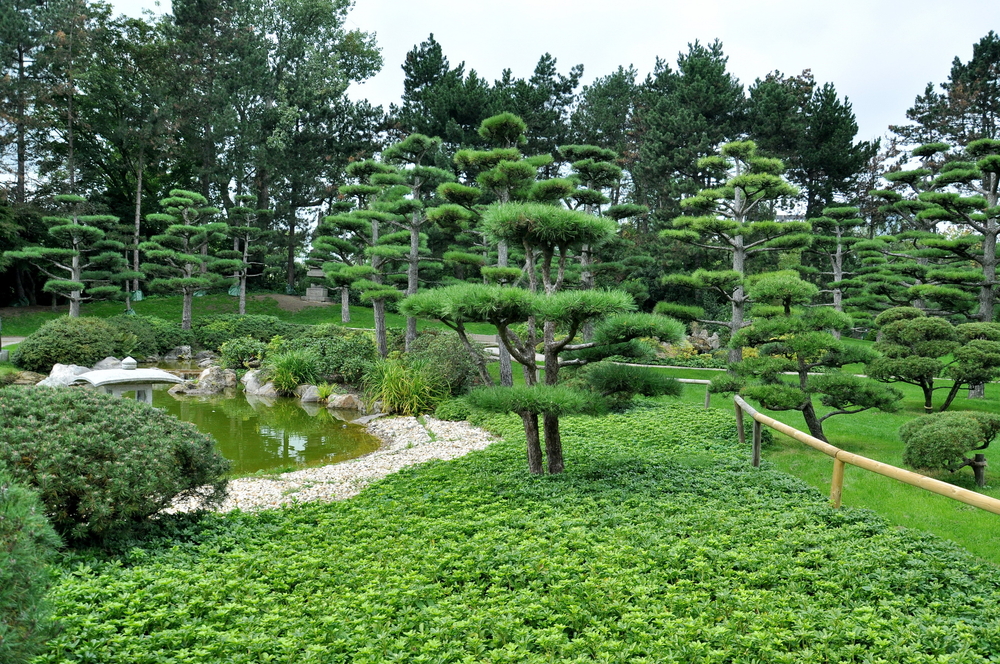 A 36.6-hectare park, set in the heart of the German city of Düsseldorf, Nordpark exudes tranquility and serenity, with its sweetly scented flowerbeds, towering leafy trees and gushing fountains. As impressive as all this may be, the highlight of Nordpark can be found in the park’s quiet north-west corner, and consists of a beautifully authentic 5000 square meter Japanese Garden.

The Creation of the Japanese Garden
After World War II, a large number of Japanese companies started doing business in Germany, and, as a result, a Japanese colony was set up in the heart of Düsseldorf, complete with restaurants, grocery stores, furniture shops and more. In 1971, the state capital began carrying out appraisals to find out whether or not a Japanese Garden could be created in the city, and, when they found out that this was possible, Japanese businesses joined in with the planning of the garden. The Japanese Garden, a unique creation for the city rather than a copy of an existing garden in Japan, was presented to the people of Düsseldorf in 1975, and immediately became a favorite among many locals.

Entering the Garden
The entrance to the Japanese Garden is marked by a beautiful wooden temple entrance structure, which then leads onto the main pathway. Situated just to the left of the entrance is a water basin, which has been placed here so that visitors can purify themselves with water before entering the sanctity of the garden. At the end of the main pathway, you will find a statue of Prince Shotoku, who played a significant role when it came to encouraging Buddhism into Japan. From here, visitors can explore the garden at their pleasure, taking in the many criss-crossing paths that run freely around the garden.

Notable Features
A lily pond is a common feature in Japanese Gardens, and the one at the Nordpark Japanese Garden does not disappoint. Set just behind the lily pond is a dry river with a stone bridge, giving you picturesque views of the garden. The Japanese Garden is also home to the largest Buddhist temple in Europe, whose ground floor is built as a replica of the Jodo-shin Temple, located just north of Tokyo in Japan. There are several native Japanese plants throughout the Japanese Garden, from the shadowy maples that perfectly frame the temple from just about every angle, to the Physalis, otherwise known as Japanese lantern plants, to the hardy shrubs and fruit-laden apple trees that help to enclose the garden, providing a secretive and exclusive feel. There are many vantage points around the park from which you can enjoy spectacular views of the garden, so be sure to keep a camera handy.

In order to keep the Japanese Garden maintained and running as authentically as possible, Japanese garden architects visit Düsseldorf’s Japanese Garden every three years or so, overseeing its development. While the whole of Nordpark may be visually impressive, there is no denying the special appeal that the Japanese Garden has, with its timeless and relaxing qualities able to instantly bring about a calmer and more peaceful state of mind.