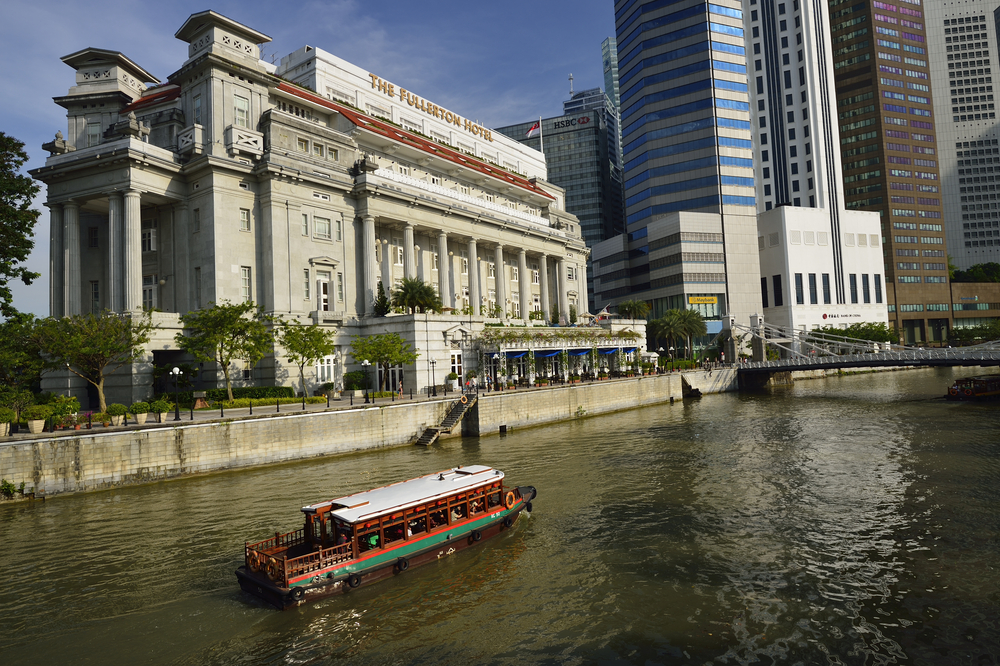 Set in the heart of the city, Singapore’s Colonial District lines the banks of the Singapore River, providing a glimpse into the humble beginnings of this cosmopolitan city. Founded by Sir Thomas Stamford Raffles, the Colonial District boasts world-famous monuments, classic architecture and fascinating museums, as well as a sprinkling of high-end boutiques and fine dining eateries.

History and Culture
A number of Singapore’s best museums can be found in the Colonial District, from the Asian Civilizations Museum, which celebrates the culture of the ancestors of Singaporeans, to the Singapore Art Museum to the National Museum of Singapore. For those who want to explore some of Singapore’s most iconic landmarks, this is also the area in which to do so. The Merlion statue, which has the head of a lion and the body of a fish, is situated on the river’s edge, and is the national mascot of Singapore, while City Hall and the Supreme Court of Singapore are both open for visitors to check out. The Raffles’ Landing Site is also worth a visit, as this was the spot at which Singapore was first founded, and is the source from which the city grew into the magnificent metropolis that it is today. There are also a couple of cathedrals in the area that have played an important role in Singapore’s past, such as the Cathedral of the Good Shepherd, and Saint Andrew’s Cathedral, which is the largest cathedral in the country.

Fine Dining
Singapore is known for its gastronomy, and the Colonial District boasts some of the finest restaurants in the country. Royal China in the Raffles Hotel is considered to be one of the best Chinese restaurants in the city, especially when it comes to dim sum, while fine dining French restaurant JAAN can be found just across the road at Swissotel. Of course, the Long Bar at the Raffles Hotel is also where the famous Singapore Sling cocktail was created, while Swissotel’s New Asia Bar on the 72nd floor offers some of the most spectacular views in the city. Another popular spot nearby is Chijmes, which was a former convent back in its colonial days, but is now home to a range of al fresco restaurants and bars.

Shopping
While the Colonial District may not be as well-known for shopping as some of the other areas in Singapore, there are still a few shops that are worth taking the time to browse. The Raffles Hotel is home to a shopping gallery that features a range of high-end boutiques, while the Raffles City Shopping Mall is the largest shopping mall in the area. From here, visitors can then take the underground walkway which will lead them to the Esplanade mall, as well as Marina Square Shopping Mall, ideal for an entire day of retail therapy.

For those that want to stay in the Colonial District, there are several hotels to choose from, with the impressive and world-famous Raffles Hotel being the most obvious choice. While the Colonial District may not be that large in size, it is always filled with a vibrant energy, and is a great way to familiarize yourself with some of Singapore’s rich and fascinating history.