The Best Beach in America 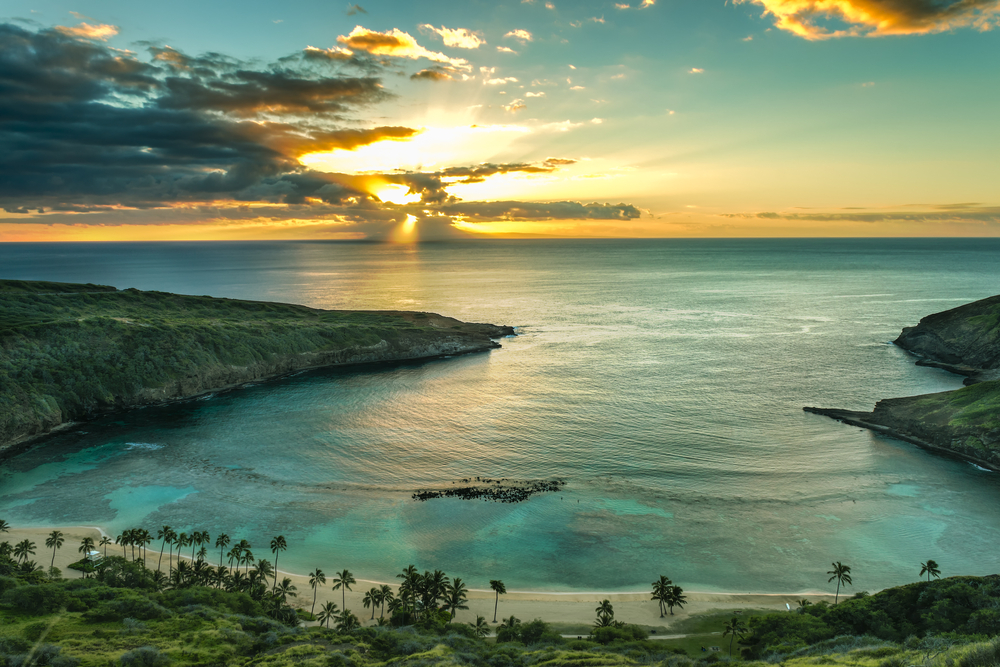 A pristine marine ecosystem that was formed within a volcanic cone, Oahu’s Hanauma Bay has, for the second year in a row, been selected as the Best Beach in America, and welcomes around a million visitors each year. With white coral sand stretching out for 2000 feet, lined with palm trees and volcano walls, shallow turquoise waters and a good range of facilities, it is no surprise that Hanauma Bay is not only considered to be the best beach in the country, but also one of the finest in the world.

Protected Conservation Area
Hanauma Bay has always been popular with visitors, and, at one point in its past, was attracting around 10,000 people each day. This ended up damaging the bay to quite an extent, and so it became an established nature preserve, with visitors encouraged to treat the area as a living museum. Before being allowed to enter Hanauma Bay, visitors must watch a short video in the Marine Education Center, teaching them about how to protect the beauty that they are about to witness.

Snorkeling
Thanks to the clear waters that are teeming with marine life, snorkeling is one of the most popular activities at Hanauma Bay. After swimming a short way out from the sand, into the areas of crystal clear water, there will be coral ranges all around you, with numerous caves and crevices to explore. The depth of water ranges quite greatly, and the variety of fish that can be seen is astounding, with everything from trumpet fish to butterfly fish to parrot fish to trigger fish, the former state fish of Hawaii.

Food and Drink
While there is a snack shack on the beach, the range of items served up can sometimes be quite limited, making it a good idea to bring along your own food and drink if you plan to spend the day at Hanauma Bay. Since there is a shuttle bus that runs from the carpark to the beach, this makes it convenient to pack a large cooler for the day and bring it with you.

Beach Facilities
In addition to the snack shack, visitors to Hanauma Bay also have access to beach showers and restrooms, as well as a gift shop where they can find unique souvenirs that relate to the beach. For those who have any questions about the area, these can all be answered at the beach’s Education Center, while those who want to rent snorkeling equipment will find a rental facility on the beach.

Hanauma Bay is open to the public every day of the year apart from Tuesdays, and this is to allow the marine life one day a week of feeding without interruption from swimmers and snorkelers. In order to properly protect the beach, only 3000 people are admitted into Hanauma Bay each day, making it crucial to arrive early, because once the carpark fills up, no more visitors are allowed entry. With an abundance of sea life and a beach that is one of the most picturesque out there, Hanauma Bay is a great location to visit to experience some of Hawaii’s extraordinary natural beauty.