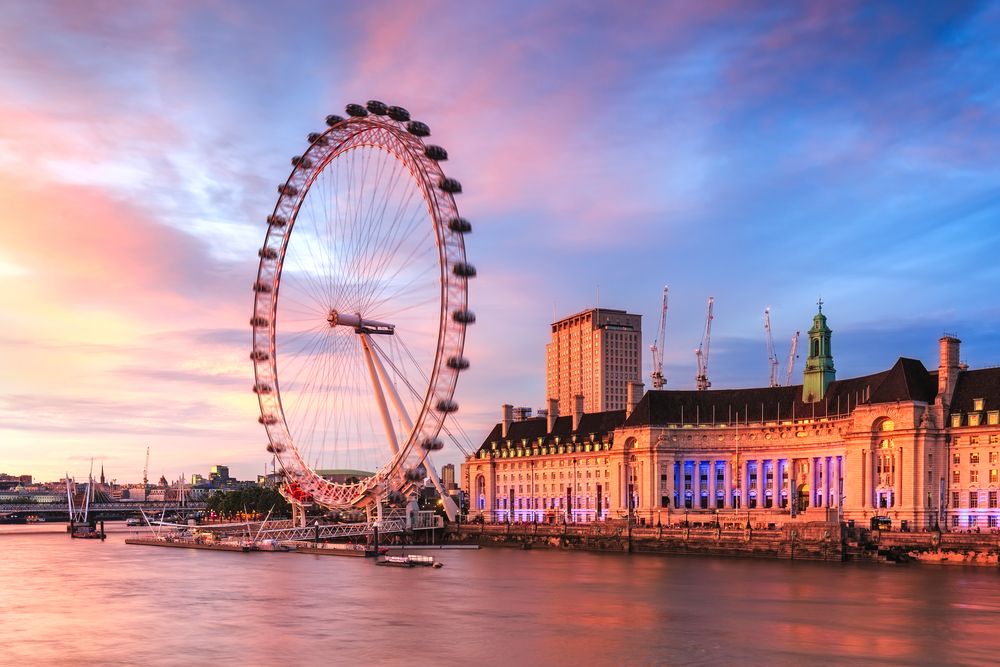 The tallest observation wheel in Europe, as well as the tallest cantilevered wheel in the world, the iconic London Eye is one of the city’s top attractions. Being one of the highest public viewing points in the city, the London Eye is definitely worth taking a ride on if you want to enjoy panoramic views over one of the most famous city skylines in the world.

Location and History
Located on the South Bank of the River Thames, the London Eye was originally intended to be a temporary structure, and was only meant to remain standing for five years or so. It opened to the public in 2000, as a means to celebrate the millennium, and, after experiencing tremendous popularity, was granted a permanent license in 2002. When it was first built in 1999, it was the tallest Ferris wheel in the world, but has since then been surpassed by the High Roller in Vegas, as well as the Singapore Flyer. 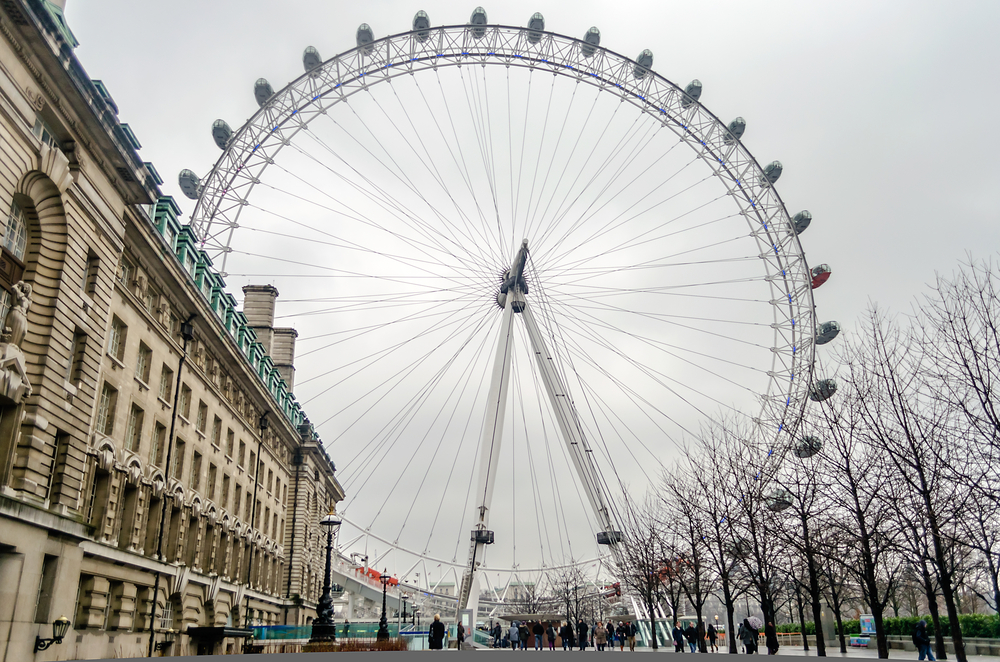 The Experience
The London Eye consists of 32 glass capsules, which are said to represent the 32 boroughs that make up London. The wheel itself is constantly turning, but does this so slowly, at a rate of 26 centimetres per second, that people are able to embark and disembark while it is moving. The ride lasts for one complete turn of the wheel, which takes around half an hour, during which you will be able to enjoy 360 degree views over London. The city has many iconic landmarks, and a number of these can be viewed from the London Eye. From Buckingham Palace to St. Paul’s Cathedral to the Houses of Parliament, the views are definitely spectacular, and, on a clear day, you will be able to see as far as 25 miles, and may even be able to catch a glimpse of Windsor Castle.

Visiting the London Eye
Not only is the London Eye one of the most popular landmarks in the capital, but it is also the most popular paid attraction in the entire country, so, as you can imagine, the queues here can often be quite long. Time, as well as some money, can be saved by purchasing tickets online, with even more time to save if you opt for the fast track tickets. If you are trying to seek out a London Eye experience that is as less crowded as possible, save your visit for the evening, when the queues are significantly shorter, and the twinkling lights of the city make the ride just as worthwhile. 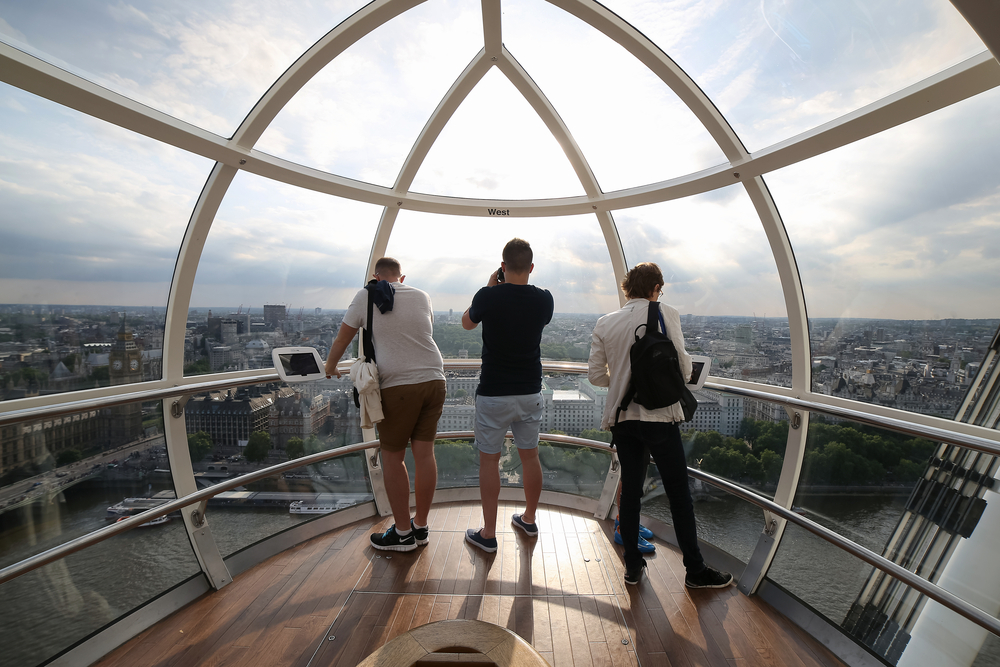 Private Capsules and Experiences
Each of the London Eye capsules is capable of holding up to 25 people, but, if you would prefer a more private experience, there are several available to choose from. Private capsules can be rented for a standard 30 minute ride, while Cupid’s Capsule, with its champagne and chocolates, is perfect for those wanting some extra romance, as is the Proposal Capsule, which comes with its very own photographer, disguised as a host. For those wanting the ultimate dining experience, Dining at 135 is available for up to 8 guests, and will see the London Eye being kept exclusively open for you after hours.

Whether you are visiting London for the first time or the tenth time, the London Eye is still worth a visit. With the city skyline constantly evolving, and the diverse London weather casting different shadows and colors over the city each day, every ride that you take on the London Eye will be a special and memorable one.