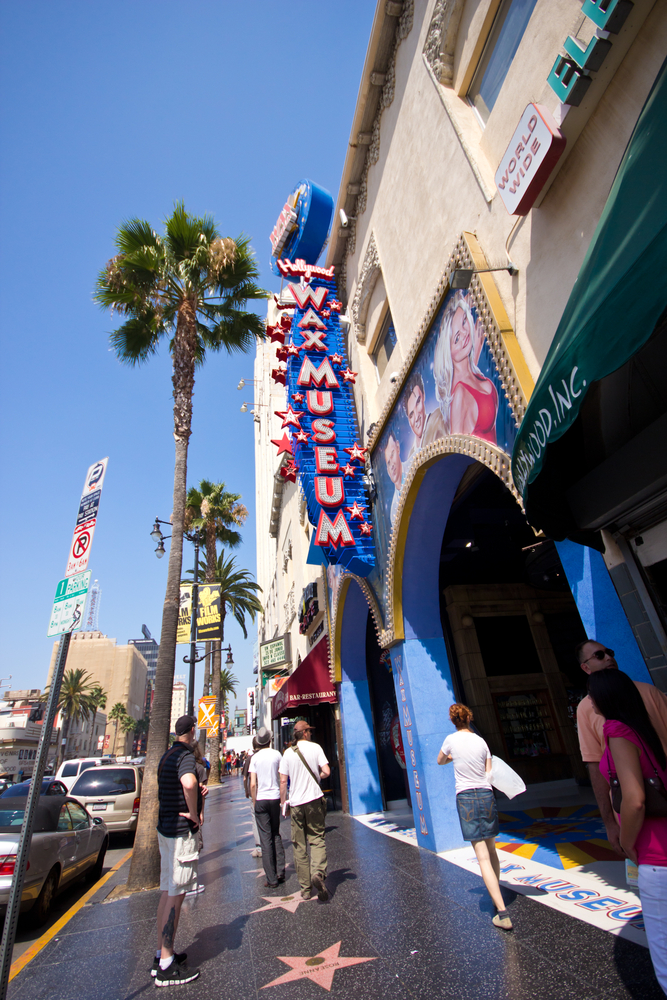 The Hollywood Wax Museum opened its doors in 1966, and is still the only wax museum in the world that is solely dedicated to showcasing the celebrities of Hollywood. The celebrities on display here are constantly changing, so if you are planning a visit to the museum soon, here is some of what you can expect to see.

Chamber of Horrors
The Chamber of Horrors has become quite the highlight for many visitors to the museum, and features replicas from iconic horror movies. Not only will you be able to see Chuckie and his bride, but you will also be able to pose with Jason from the Friday the 13th series, as well as watch tableaus from movies including The Texas Chainsaw Massacre and Gods and Monsters.

Pop Stars
Pop stars are continuously being added to the Hollywood Wax Museum, and there are now quite a few famous chart-toppers that you will be able to see. Katy Perry, who you will see immediately upon entering the museum, Lady Gaga, Justin Timberlake, Eminem and Taylor Swift are always favorites with contemporary music fans, while the tweens will most definitely squeal when they see the statue of Justin Bieber. For the older generations, some of the music stars that are likely to be appreciated include Bruce Springsteen, Willie Nelson, Dolly Parton, Johnny Cash, and, of course, Elvis Presley, who poses with a guitar behind a beautiful Marilyn Monroe.

Local Hollywood Landmarks
In addition to the wax statues, the museum contains a section that features murals of legendary Hollywood landmarks, such as the Cinerama Dome, Capitol Records and the Hollywood Bowl. In amongst these murals are several celebrity statues, giving visitors the opportunity to take a few fun photos with iconic backdrops. Whether you strike a pose with Julia Roberts, have a laugh alongside Jim Carrey or say “cheese” with George Clooney, there are some great celebrity statues to be found here.

Information Plaques
One of the more recent additions to the Hollywood Wax Museum are the information plaques that are located beside each statue. These provide more details on each celebrity, not only telling you the usual facts and figures, but also bites of trivia that will definitely catch your interest.

Hannah’s Maze and Outbreak
When purchasing a ticket to the Hollywood Wax Museum, visitors now also have the option of buying a combo pass that will grant them access to Hannah’s Maze of Mirrors and Outbreak: Dread the Undead, two extra attractions within the same building. In the maze, visitors have to find their way through a labyrinth of mirrors to rescue a princess, while Outbreak: Dread the Undead features a zombie invasion that will not fail to get your blood pumping.

Each of the wax figures that you will see at the Hollywood Wax Museum has been painstakingly crafted over at least three months, with many taking much longer. While the Hollywood Wax Museum does face stiff competition from nearby Madame Tussauds, this museum’s focus on Hollywood stars really does give it a fantastic selling point. With such a wide range of celebrity figures, and new ones constantly being added, this is a museum that really will appeal to just about every age group.