A Visit to San Sebastian Church 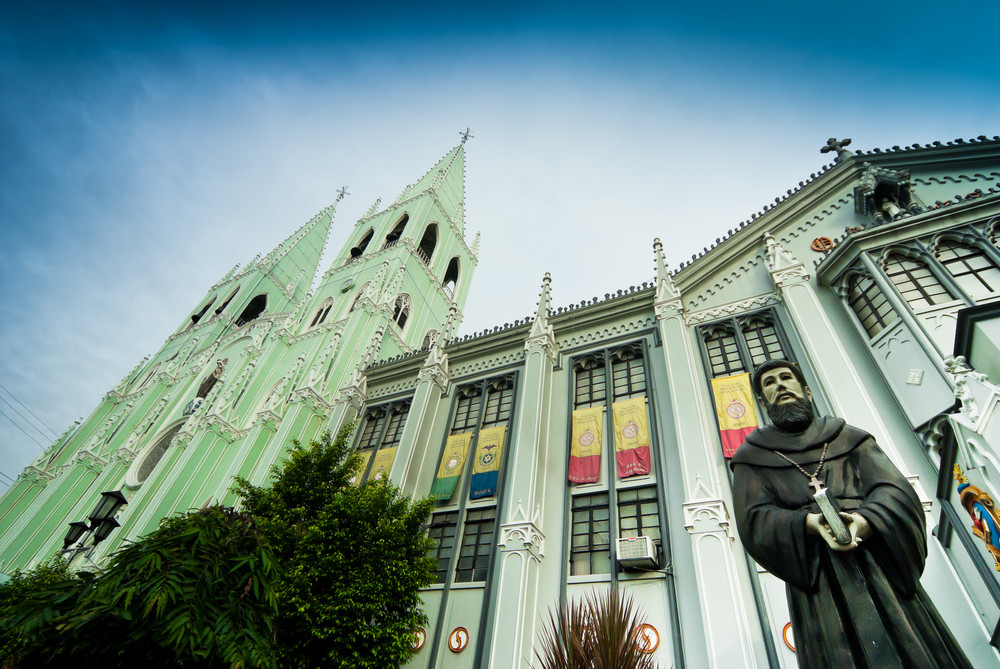 Dating back to 1891, the San Sebastian Church is famous for a number of different reasons. Designed by Spanish architect Genaro Palacios, the steel structure of this Gothic church was also conceptualized by Gustav Eiffel, the creator of Paris’ Eiffel Tower. Recognized as being the only church in the country constructed entirely from steel, the San Sebastian Church promises to open your eyes to the unique architecture, and multiple treasures, that San Sebastian has to offer.

An All-Steel Structure
When the San Sebastian Church was originally built, wood was the material that was used, and when this was burned down in the 16th century, the church was rebuilt with bricks, but this was subsequently destroyed by earthquakes and fires. This led to architects seeking out a method of rebuilding the church that would be able to withstand earthquakes and fires, which is how the all-steel structure was conceived, not only making it the only all-steel church in the Philippines, but also the only prefabricated steel church in the world. The building itself was declared a National Historic Landmark in 1973, and has been placed on a tentative list to be included as one of UNESCO’s World Heritage Sites.

The Interior
The interior of the San Sebastian Church, just like its exterior, beautifully represents authentic Gothic architecture, from the confessionals to the altar to the vaults. The vaults display a number of different painted religious images, which, when viewed as one, plays mystical tricks on the eye. The crystal chandeliers add an aura of elegance, while the spiral staircases can also be climbed, leading to the belfries and the choir loft, where a stunning pipe organ can be found. 34 beautiful stained glass windows line the church’s interior, and while these were originally imported by a German company, local artists were used to put on their finishing touches. One of the focal points of the church’s interior is the image of Our Lady of Mount Carmel, which was gifted to the church by the Mexican Carmelite sisters, and which is now enshrined above the altar.

Conservation
Due to the constant humidity and sea breezes from nearby Manila, as well as to the numerous water leaks that have sprung up throughout the church’s structure, the San Sebastian Church has been battling rust and corrosion for quite a few years now. There are a number of different conservation efforts underway to try to preserve this historical landmark for generations to come, as well as to document the way in which the condition of this one-of-a-kind building progresses.

The Quiapo district is considered to be the historic heart of Manila, and the San Sebastian Church is an iconic part of this area, especially when taking into account that it is one of the last remaining churches in the entire country that has been able to preserve its original interior. A landmark that showcases extraordinary architecture, along with captivating facets of history, the San Sebastian Church is one sight that should definitely not be missed when visiting Manila.