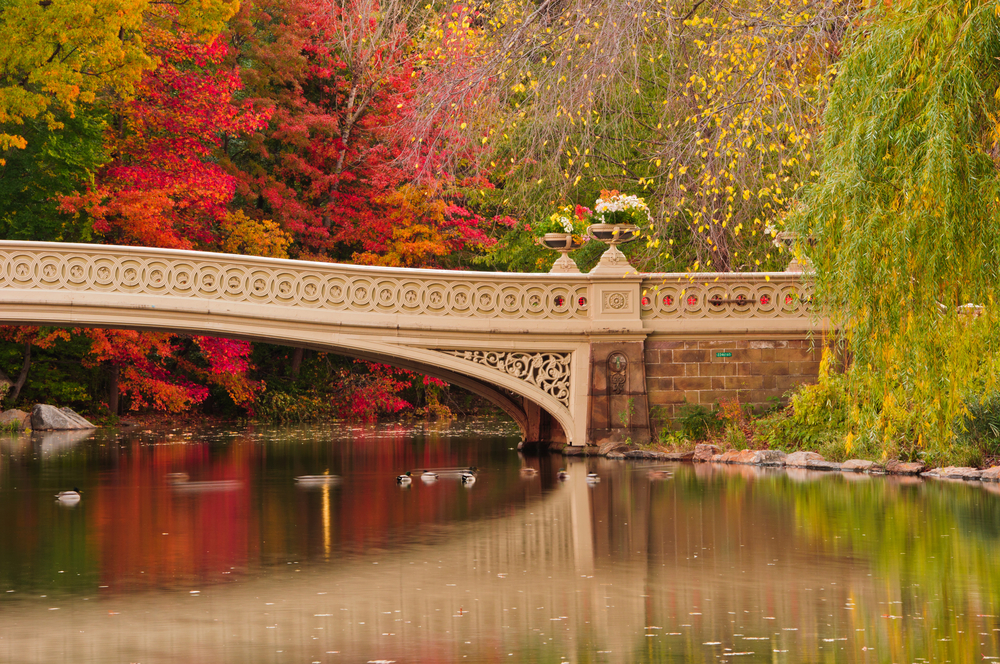 One of the most unique parks in San Mateo, Central Park used to be the estate home to the founder of downtown San Mateo. The city of San Mateo then purchased the 16-acre area in 1922 and turned it into the iconic downtown park that it is today.

Japanese Garden
Ranked as the 14th best public garden in the US, Central Park’s Japanese Garden is the highlight of the park, and was designed by landscape architect Nagao Sakurai from Tokyo’s Imperial Palace. The incredible design of the garden, as well as how each of its elements has been so artfully arranged, contributes to its sense of tranquillity, while its traditional Japanese appeal is helped by the authentic features placed around the area. The bamboo grove is a joy to walk through, while the granite pagoda, and the tea house, are all authentically Japanese. The kidney-shaped koi pond is the focal point of the Japanese Garden, and there are public koi feedings that take place twice a day during the spring and summer months.

The Bianchi Railroad
A trip around the Bianchi Railroad is one of those iconic activities that one has to do when visiting Central Park. This miniature diesel train carries both adults and children and has been running around the park since 1948, making it a popular family attraction.

Central Park Music Series
Each year, from June to August, the City of San Mateo hosts the Central Park Music Series, the signature summer event in the city. Every Thursday evening, the public is treated to a free live music performance by some extremely talented artists. August sees the likes of 60’s tribute band Mersey Beach, swing group Lost Dog Found, and the toe-tapping beats of Club 90 taking center stage.

Recreation
Central Park is a popular spot for locals who want to enjoy the outdoors, and there are a number of recreational activities available here. In addition to the lighted tennis courts, the park also boasts picnic areas, a ball field, expansive lawns, and a children’s playground, as well as a gazebo that is ideal for special events.

Central Park Bistro
For those in the park looking for a bite to eat, there is nowhere better to head to than the Central Park Bistro. The American serves up a light lunch menu, featuring sandwiches, farm fresh greens and wood-fired pizzas, as well as a dinner menu with tasty pastas and a delicious range of innovative entrées. The bistro’s beverage list is just as impressive as their food. In addition to the fine wines and champagnes that they serve up, there is also a selection of signature cocktails to choose from, with the Fresh Strawberrytini and the Elderflower being particularly refreshing on a hot day.

Central Park is a favorite amongst San Mateo locals, mostly because it offers a range of just about everything. Whether you want to find a way to occupy young children, or escape the hustle and bustle of the city for some peace and serenity, Central Park will not disappoint.