Visit the Largest Fortress Ever Built 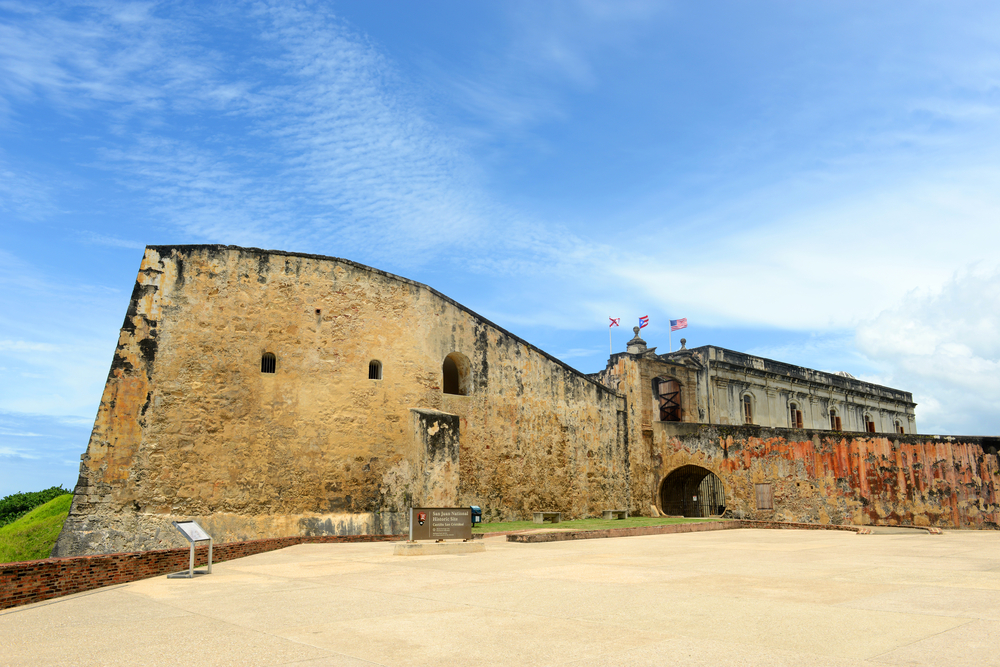 Wrapped around the walled city of Old San Juan, Castillo San Cristobal covers around 27 acres of land, making it the largest fortress ever built. Created by the Spanish, Castillo San Cristobal dates all the way back to 1539, and while it may not attract quite as many visitors as El Morro, it is still most definitely worth visiting, especially if you have a personal interest in history.

First-Time Visitors
If this is your first time visiting Castillo San Cristobal, it is worthwhile taking the time to sit through the short movie that is continuously played in an air-conditioned theater, as this will provide you with more information about how the fort was built, as well as the battles that ensued. You can then move on to the free Daily Orientation Talk that takes place every hour, and lasts for around 30 minutes. Led by park rangers, this talk will explain more about what life was like for those that lived in the fort, as well as answer any questions that you may have.

The Tunnels
The complex maze of tunnels that run underneath Castillo San Cristobal are fascinating to explore, whether on your own or as part of the Tunnels Tour offered by the fort. These long and narrow hidden defences are cool and dark, with only a tiny window slit to provide light to the prisoners that were housed here. One of the tunnels at the fort leads to a gloomy dungeon, at which you will be able to see some of the graffiti drawn by soldiers, including the most famous piece that features five grand ships.

Living Quarters
A section of the fort was designated as living quarters for the many soldiers that were based here, and this area has been staged to provide visitors with a unique insight into daily life during this time. From the uniforms laid out on the beds to the antique dining table, visitors will also be able to see even more graffiti here that dates back to over 200 years ago.

Garitas
The sentry boxes, also known as garitas, that were built around the outer walls of Castillo San Cristobal can also be explored. Garita del Diablo, which is located on its own and juts out near to the water, is always the most popular of the garitas to take a look at in closer detail, as this so-called Sentry Box of the Devil was where a number of soldiers were said to have simply disappeared in the dead of the night. While at the time many believed that this was the work of the devil, it was more likely due to the fact that this was a great secluded spot from which soldiers could escape from the fort and leave their military life behind.

A part of the San Juan National Historic Site, which was declared a UNESCO World Heritage Site in 1983, Castillo San Cristobal is one of Puerto Rico’s top historic attractions. When visiting the fort, keep in mind that, being a stone structure that is subjected to a large amount of heat from the sun, it can often become quite hot, so wear comfortable clothing and keep a bottle of water at your side at all times.