What You’ll See on a Historic Tucson Bike Tour 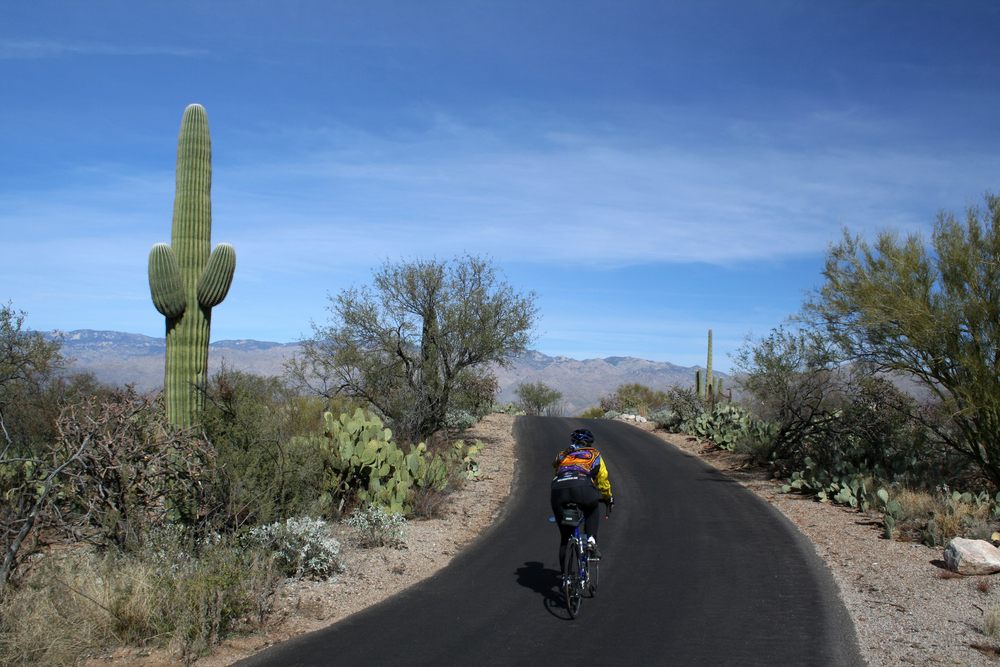 Considered to be the third best cycling city in the United States, Tucson is extremely bike-friendly, making this a great way to explore all that the city has to offer. For those hoping to soak up some history and heritage, these are some of the sights that you can expect to see when beginning your tour at historic 4th Avenue.

4th Avenue
4th Avenue is the very area that you should explore on your bike, as it is known for being one of the most vibrant and eclectic streets in Tucson. While you may not want to stop off at the shops and restaurants here, there is still so much to see as you cycle through, as this area is famous for supporting local, independent businesses.

El Presidio Historic District
The El Presidio Historic District is famous for being one of the oldest inhabited sites in the nation, and is situated on a prehistoric Hohokam Indian site, which dates back to 700 AD. While biking around the area, you will see a number of different architectural styles, from Anglo-American to Spanish-Mexican, all of which showcase the way in which Tucson managed to develop from an 18th century walled compound to the incredible city that we know it as today.

Armory Park
Armory Park, which used to be known as Military Plaza Park, dates back to the Presidio days, when the military used to be stationed here. Today, you will find everything from the Tucson Children’s Museum to the Armory Senior Center here, each of which play a significant part when it comes to daily life in Tucson.

Barrio Viejo
With a name that means Old Neighborhood in Spanish, it comes as no surprise that Barrio Viejo is absolutely packed with history, and has been home to such a diverse community of people from all over the world. Over the years, the area fell into a state of disrepair, but, in 1971, Barrio Viejo was revitalized, and its colorful, endearing atmosphere has now been preserved for years to come.

Barrio Anita
After exploring the El Presidio Historic District and Barrio Viejo by bike, you are likely to want to stop for a break and bite to eat, so head to Anita Market in Barrio Anita. This tiny neighborhood market was once a Chinese market, but is now famous in Tucson for serving up the very best tortillas.

Dunbar Springs
Dunbar Springs is a culturally diverse neighborhood that is extremely proud of its heritage, as it was the very first African American neighborhood in Tucson. This is another area that experienced severe degradation over the years, but has now been renovated to preserve its cultural heritage.

With 284 days of sunshine each year, exploring the city by bicycle is a great way to soak up its history and heritage. From the fort of the El Presidio Historic District to the authentic tortillas served up in Barrio Anita, a historic bike tour of the city is guaranteed to be a feast for all of your senses.